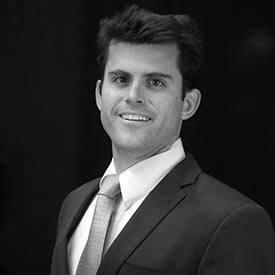 Joseph grew up in Northern New Jersey and attended U.C. Berkeley on a Naval ROTC scholarship where he graduated with a Bachelor’s of Arts with a concentration in Political Science.

Mr. Colangelo was commissioned as a United States Naval Officer in May, 2007 and served in the Surface Warfare Officer aboard the U.S.S. GERMANTOWN and U.S.S. HARPERS FERRY where he deployed to the Western Pacific and Arabian Gulf.  He earned his Surface Warfare Officer qualifications and served one joint tour in Afghanistan based out of Bagram Air Field where he was awarded the Defense Meritorious Service Medal.

Joseph left the Navy in 2011 and co-founded Golden Coast Mead, a beverage company based in San Diego. Before assuming the role of Executive Director for Consumers’ Research he worked as a management consultant for Booz Allen Hamilton with a focus on commercial cost restructuring.